Allow Us to Reintroduce Ourselves: Black Birth Community 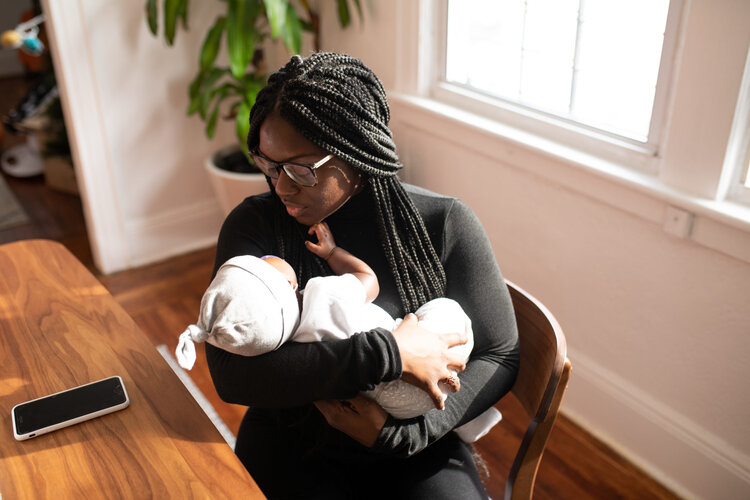 This article was featured on Eliza Jean’s blog. Please have a look around her website for similar content.

Society is searching for the black doulas. They will continue to look. The black birth community needs a reintroduction, and the word doula is not there. Black caregivers provide emotional, physical, and educational support like other birth workers, but black birth workers are set apart. This is not too say black birth workers are more important or significant, though they do play a major role in decreasing the infant and maternal mortality rates that are rapidly increasing in black families.

In 2003 the word doula was first accepted into American dictionaries to define, “a person trained to provide advice, information, emotional support, and physical comfort to a mother before, during, and just after childbirth.” Merriam-Webster even went on to cite Susan Gilbert’s quote, “Research shows that childbirth does go more smoothly with a doula: labor is 25 percent shorter, the need for epidural pain relief is 60 percent less and the Caesarean section rate is reduced by half.” A major portion of the definition missing. What Merriam- Webster has omit is the etymology.

Doula is a word derived from Greek doulos. The feminine is doule. Both represent the word slave and have been used in Greek tradition for thousands of years relating to those aiding in birth being an enslaved person. The modern definition of doula has been accepted into today’s society and defines a trend that is gaining momentum in America.

Black birth workers are not trendy, nor are they slaves. They are caregivers who are essential for the black community to thrive and have existed as a part of many communities for centuries. Even during times of American enslavement, black birth workers tended to their own communities while also catering to white households.

Although the chilling images of white babies suckling a black breast can be triggering for many, its important to highlight the major role black caregivers had and have in birthing a nation. In addition to breastfeeding babies of slave owners, and providing medical care to entire plantations, black birth workers also helped their enslaved family and friends family plan. They were known on plantations for helping black mothers decide if now was the time to grow her family as best they could, these caregivers attended to many enslaved teenage girls who endured continual pregnancies. Laurie A. Wilkie said, “dropped, or prolapsed, uteruses were common even among very young women, the result of bodies with too many demands placed upon them,” noting, “enslaved women admitted for prolapsed uteruses from 1855 to 1860 were only between 19 and 24 years of age.” Through her own research, Wilkie also highlights how, “African American midwifery traditions emphasized patience and non-intrusive techniques such as massage, particular birth positions, and moving the laboring mother (Susie 1988). White doctors’ techniques would have been perceived (rightfully so) as dangerous and foreign.”

Because the history of black birth work is so vast, there are many traditional beliefs and cultural caveats to black birth workers that make their work a unique experience. While preparing prenatal and postpartum meals, providing sibling care, childbirth and postpartum education, they also provided major advice for healthy lifestyles. These care providers have tended to households in the black community under a variety of endearing names – granny, sister, auntie, relatives bonded by blood and water – but never a doula. Words are binding. Although enslaved, the black community were never slaves.

We are the black birth community. Allow us to reintroduce ourselves.